Are We Not Ready?
Te Tuhi Gallery, Auckland. 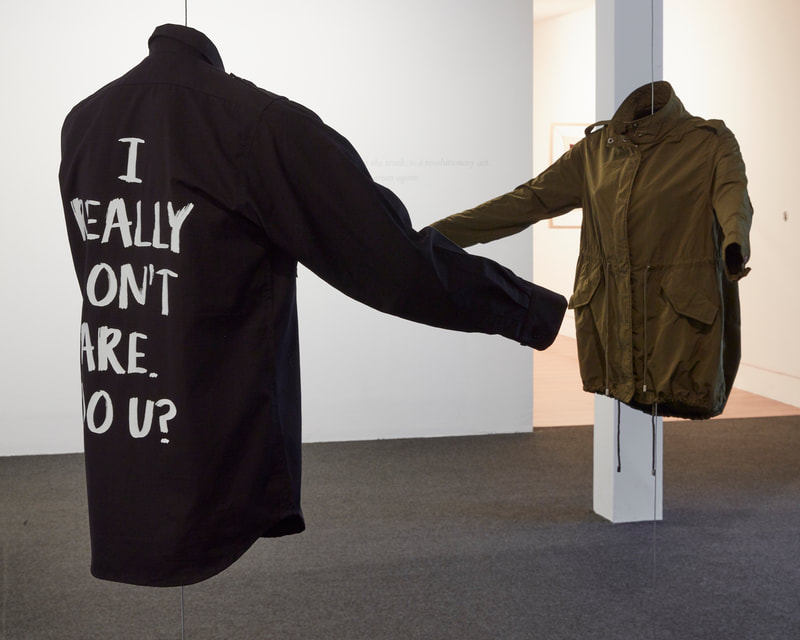 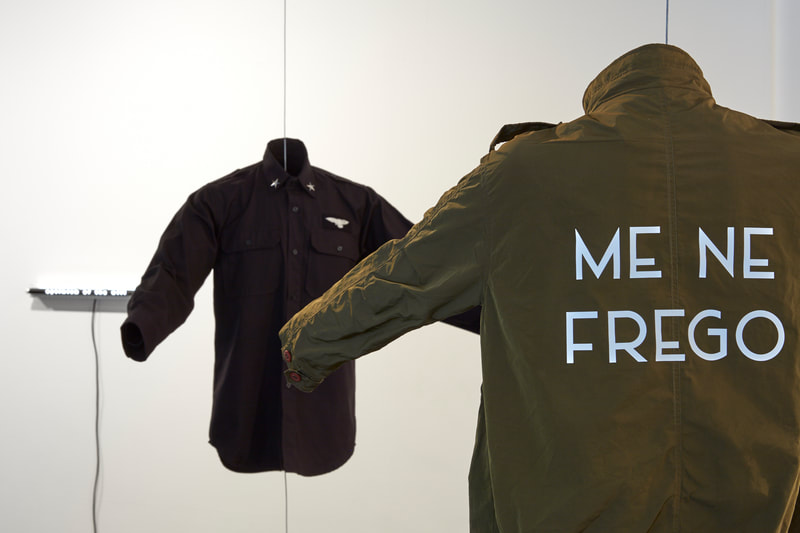 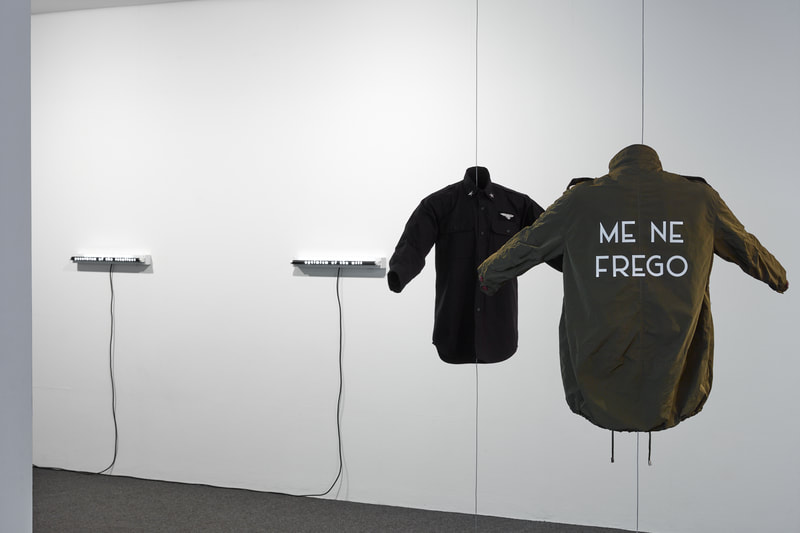 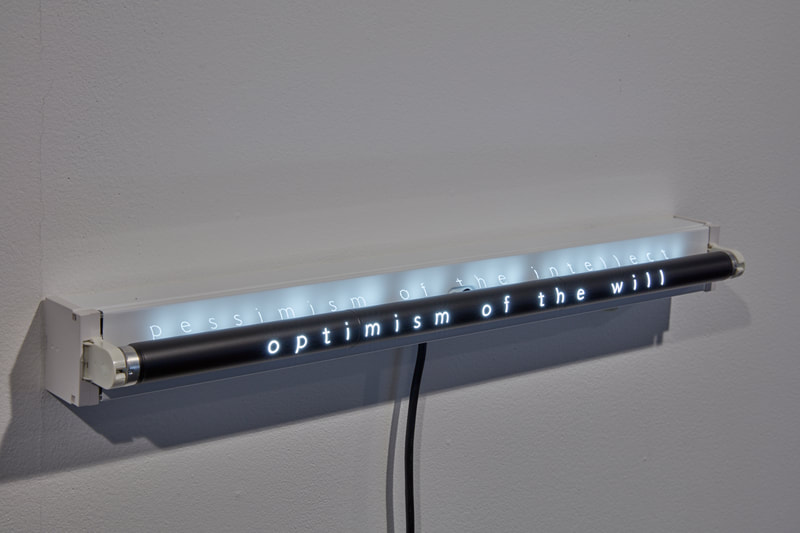 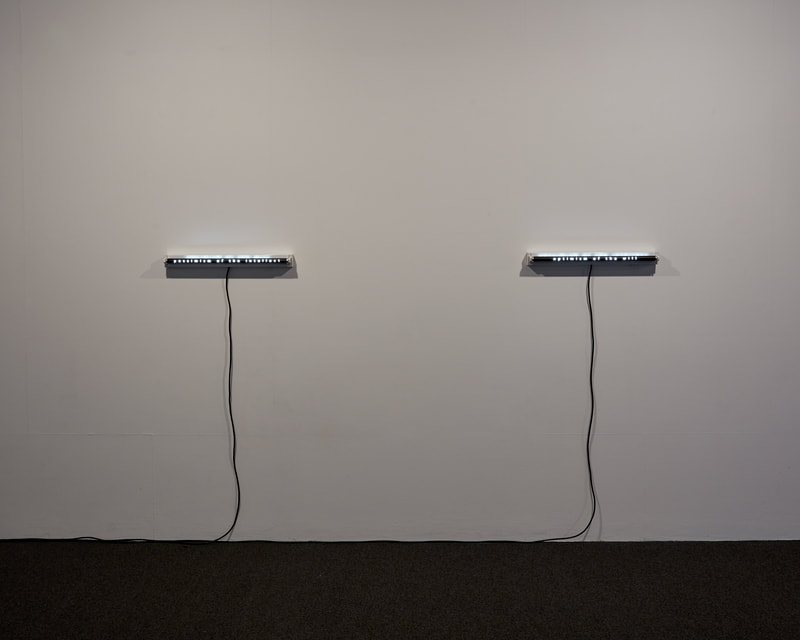 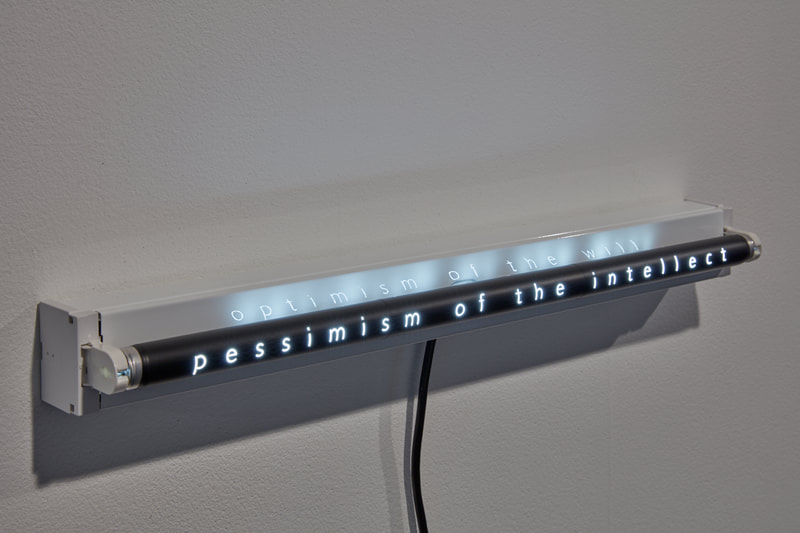 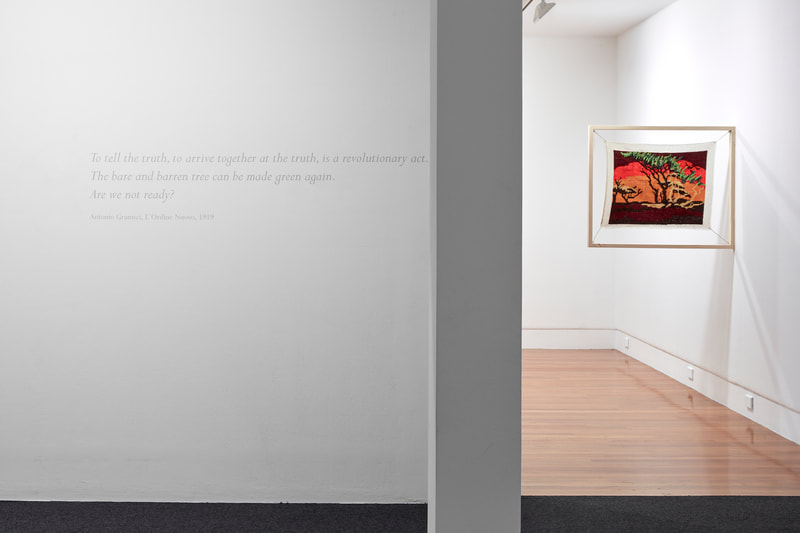 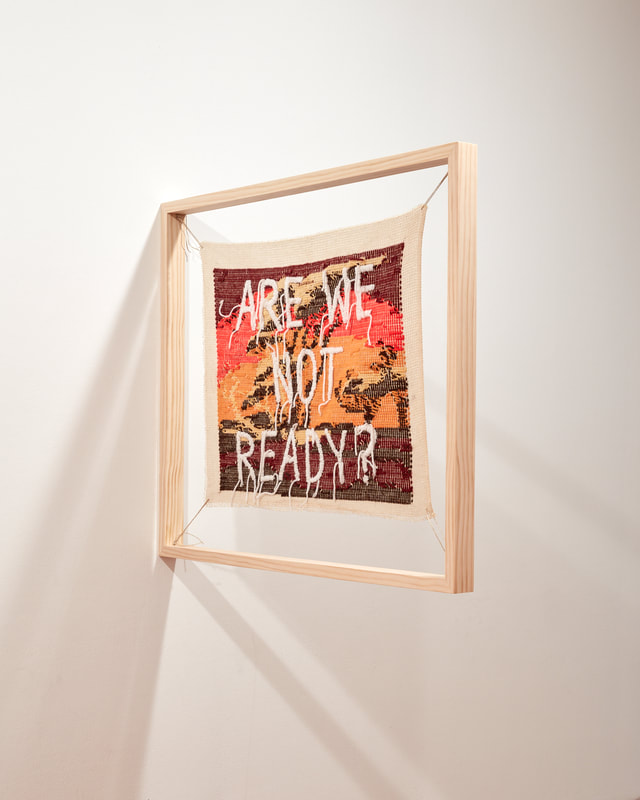 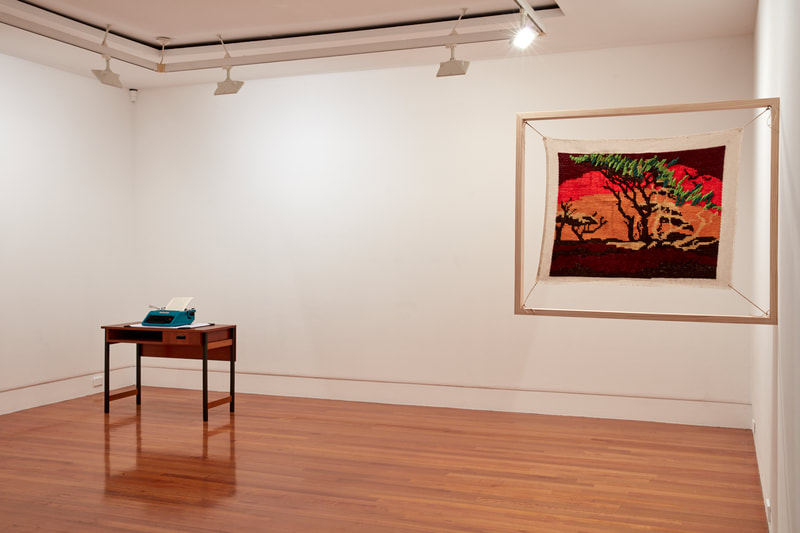 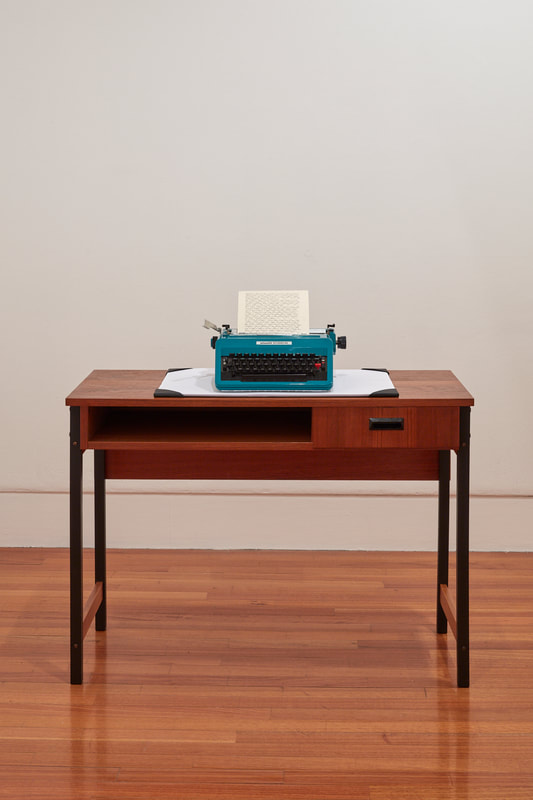 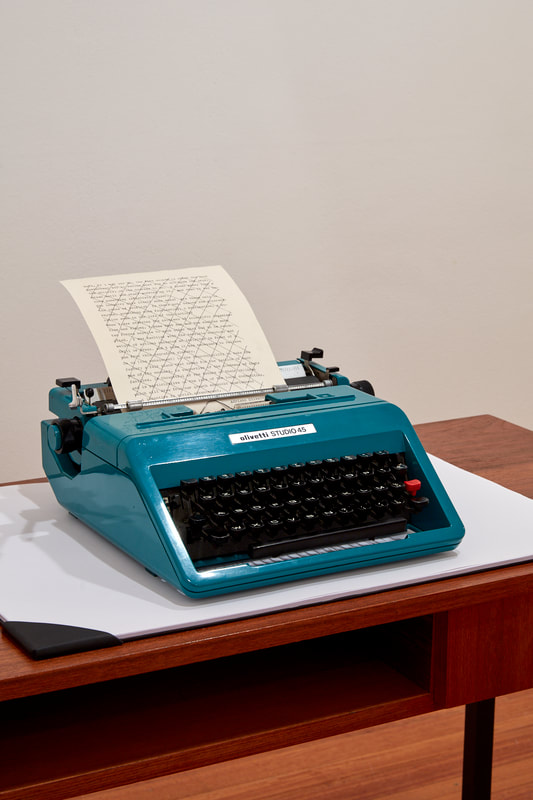 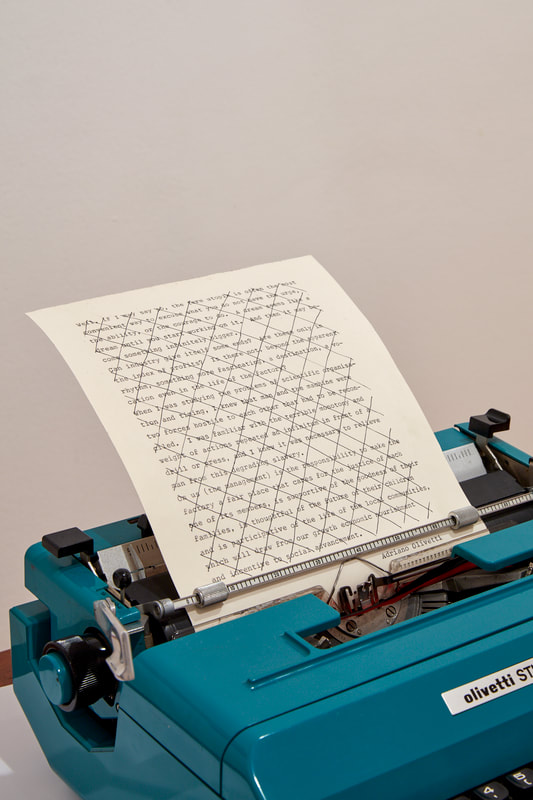 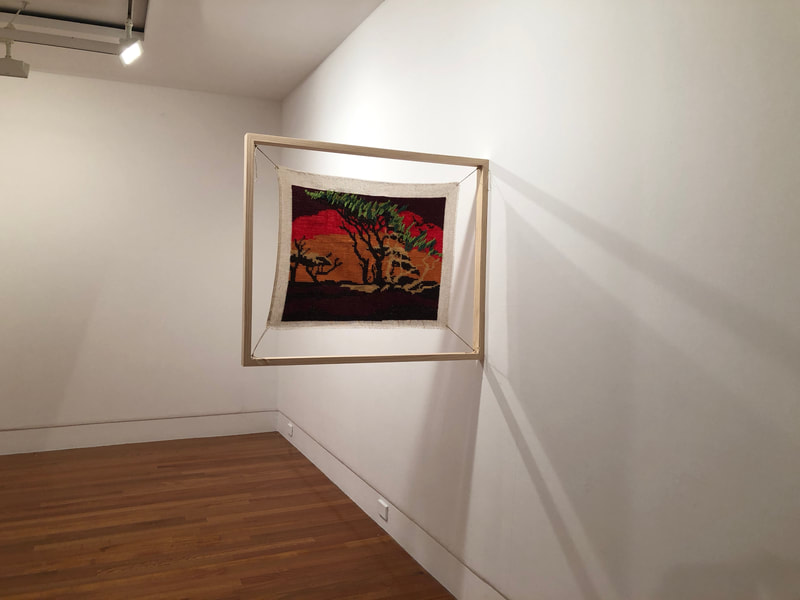 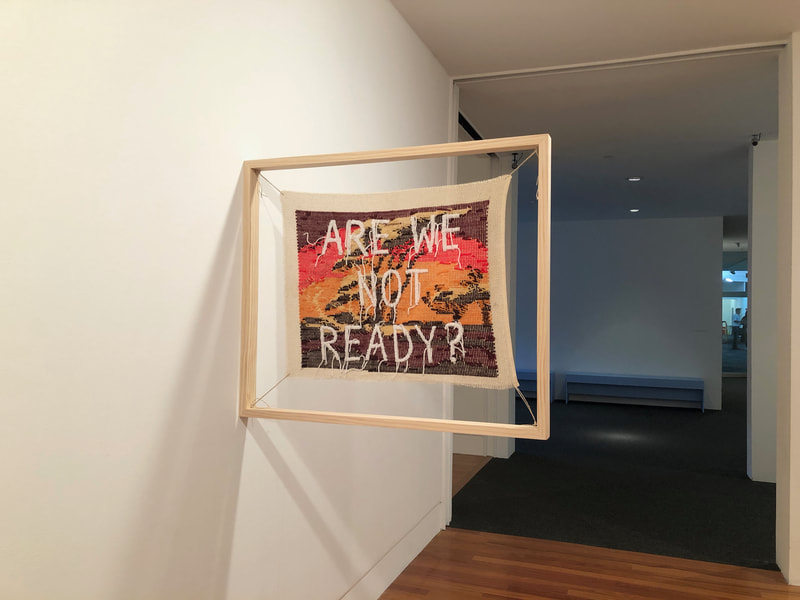 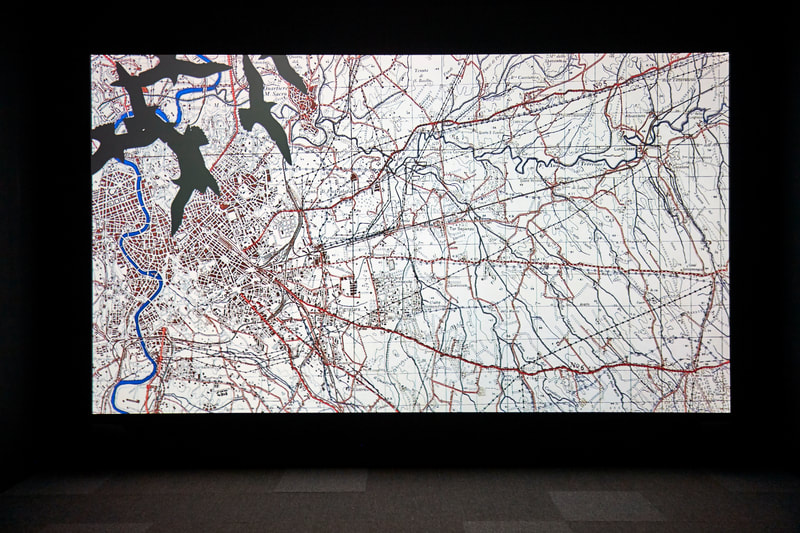 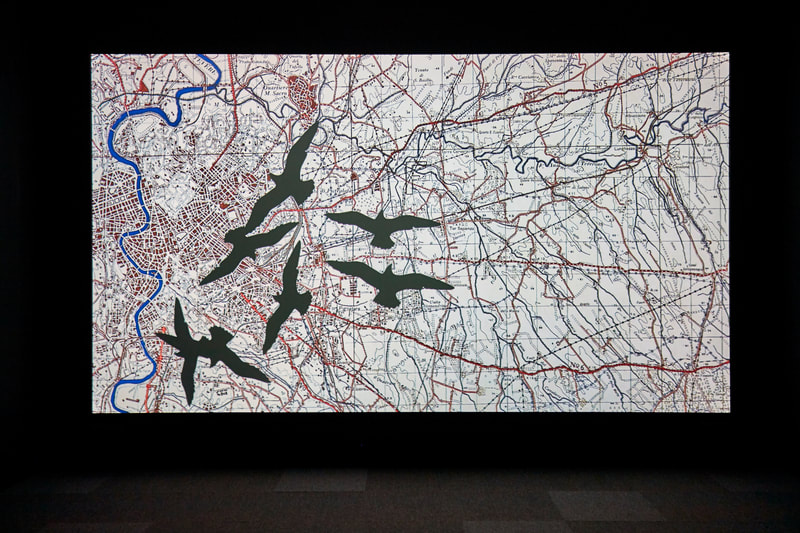 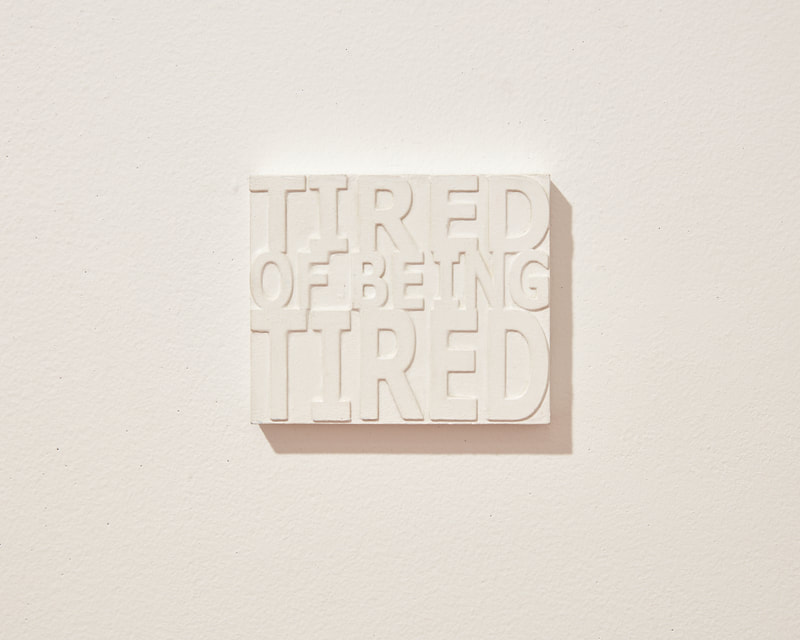 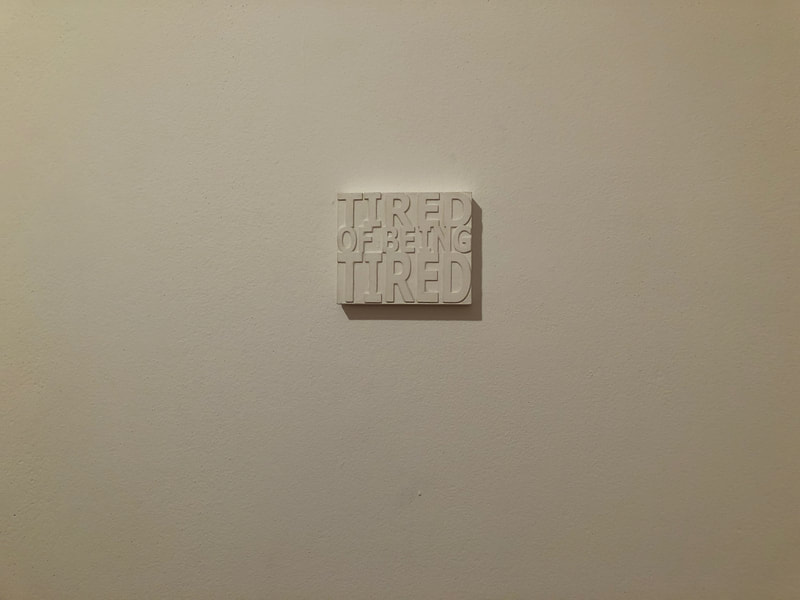 Are We Not Ready?
Pivoting on an interest in the Prison Notebooks of Antonio Gramsci, the Italian neo-Marxist intellectual imprisoned under Benito Mussolini’s Fascist regime, the works by Deborah Rundle in this solo exhibition draw on his notion of ‘common sense’.

For Gramsci, ‘communal sense’, or senso comune, refers to ideas that are generally bubbling away in popular consciousness, but that do not tend to serve the populace. For example, ideas that meet the needs of those in power, yet are wholeheartedly adopted by ordinary people often against their real interests and needs.
List of works


Are We Not Ready? 2018
Double sided wool tapestry, wooden frame and string
Riffing on the portability and narrative properties of the grand tapestries of the historic palazzo, the double-sided tapestry borrows a fragment of a quote from Gramsci, which reads: ‘To tell the truth, to arrive together at the truth, is a revolutionary act. The bare and barren tree can be made green again. Are we not ready?’ [1]

A Dream Seems Like a Dream, 2018
Portable Olivetti typewriter, paper, desk and desk blotter
Intentionally avoiding the iconic Olivetti Lettera 22 typewriter, A Dream Seems Like a Dream, utilises the more workaday Studio 45 to type a page of text extracted from the utopian writings of Adriano Olivetti, the owner of the Olivetti manufacturing company. As the originator of The Community Movement, Olivetti believed in the workplace as the home of dignity, appropriate reward, reduced work hours and the building of community. This page of text is cross hatched in a manner that echoes a technique used by Gramsci in the Prison Notebooks. Rather than scrubbing or tearing out text that he wished to revise, Gramsci used a kind of opus reticulatum, or ‘net work’ that allowed for the writing he wished to reconsider to remain visible. Here this technique is used to suggest a pulling through from the past of ideas with unfinished business, whilst allowing for a contemporary reworking.

Political Colours, 2018
Black shirt with printed text, military patch and officer’s stars, khaki jacket with printed text, mannequin torsi
Commissioned by Te Tuhi
In 2018 Melania Trump sported a khaki jacket emblazoned with the words, ‘I Really Don’t Care, Do U?’ when she travelled to the Mexican border to visit a detention camp for migrant children who had been forcibly separated from their parents. Political Colours swaps this message with the slogan of Mussolini’s notorious Blackshirts, the armed squads who attacked trade unions, co-operatives and anyone else opposed to their views. The Blackshirts also led the March on Rome in 1922 that brought the Fascist regime to power. Their slogan Me Ne Frego translates at its most polite as ‘I don’t care’. In bringing the two phrases together, the artwork highlights the power of language in order to question what sits behind this contemporary form of theatrical indifference.

Tired of Being Tired, 2016
Wood block, cardboard and acrylic paint.
Mimicking the inspirational quotes found on store bought motivational plaques that are seen in many workplaces, Tired of Being Tired engages empathetically with any exhaustion experienced by workers today in order to stimulate critique of the idea that we should all subscribe to a ‘good work ethic’.

Auspices 1943-, 2018
Looped digital animation, 15’00”
The captivating murmuration of starlings is an annual migratory visit that induces both wonder and antipathy in the human inhabitants of Rome. In Auspices 1943- seven birds make an appearance over a map of Rome produced by the British War Office. This is the number that any individual bird flies in harmony with inside the swarm of thousands that comprises a murmuration.  The artwork draws on the ancient Roman practice of augury to ask, ‘what omens can we read today in the flight pattern of birds?’
With thanks to Rangituhia Hollis for his work on Auspices 1943-.