No More the Fruit
RM Gallery and Project Space, Auckland 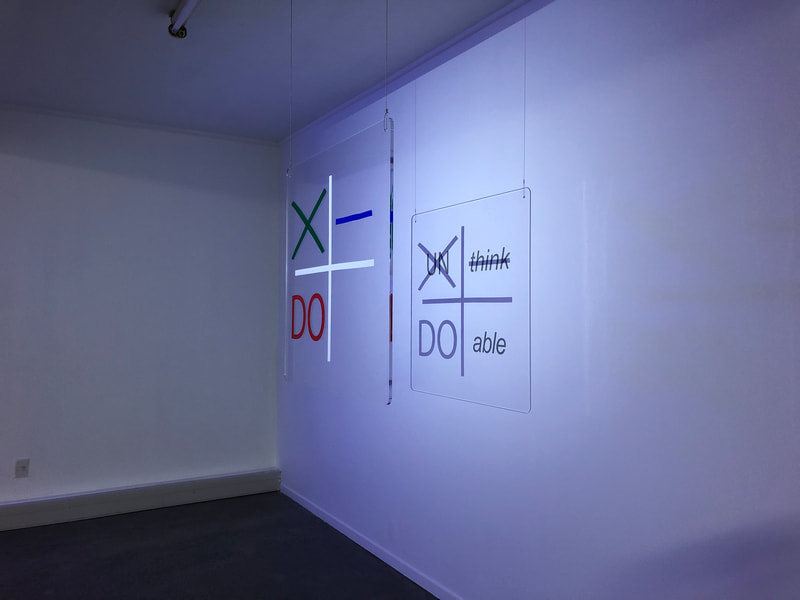 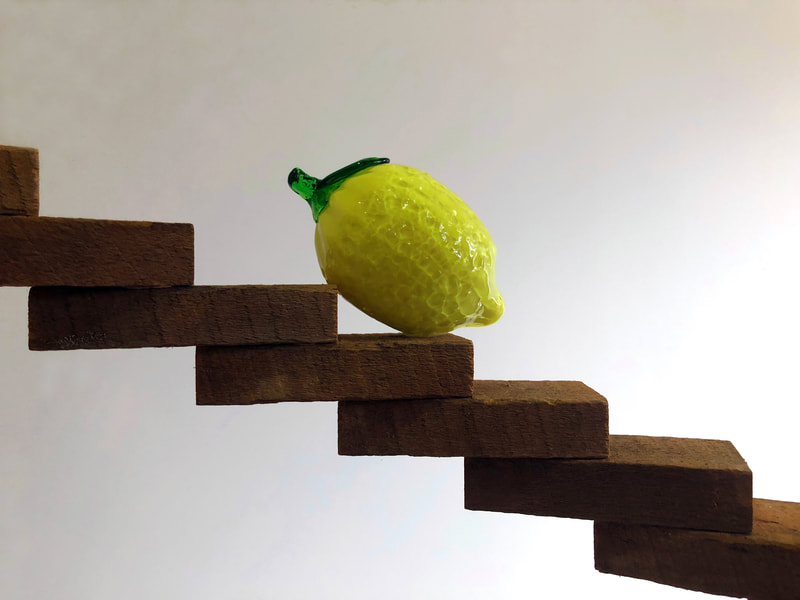 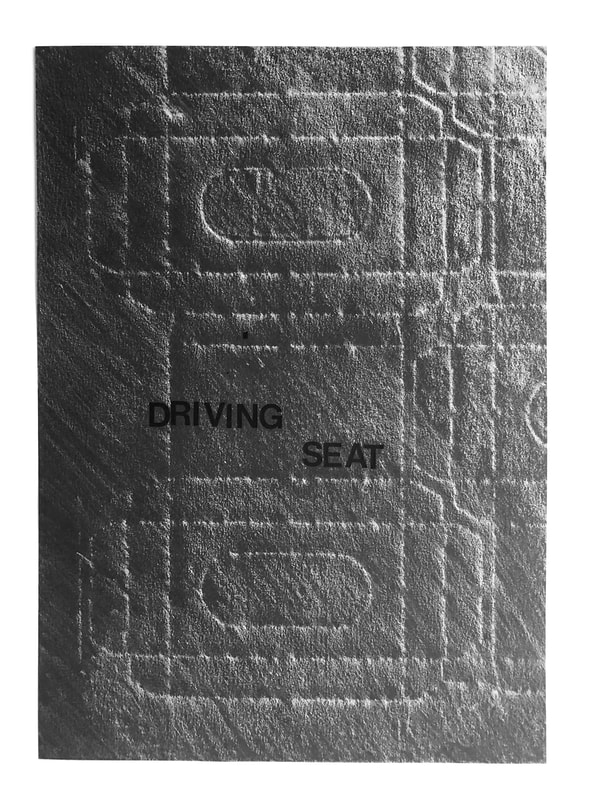 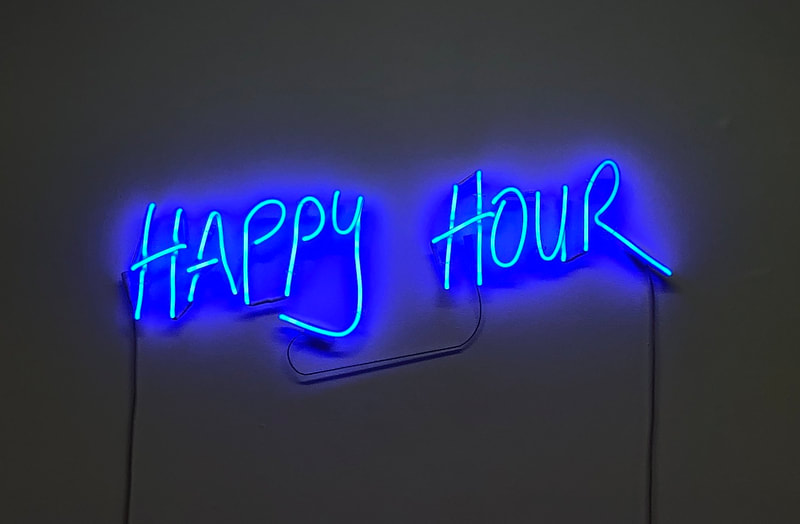 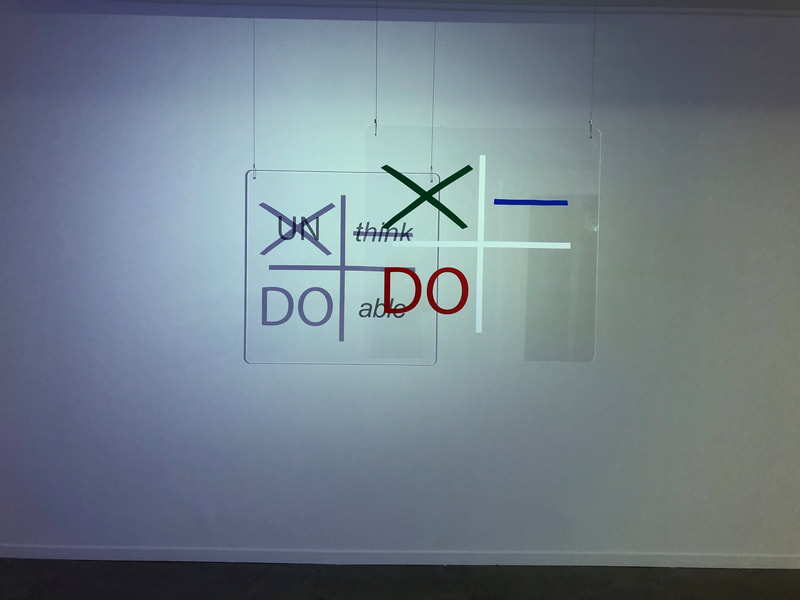 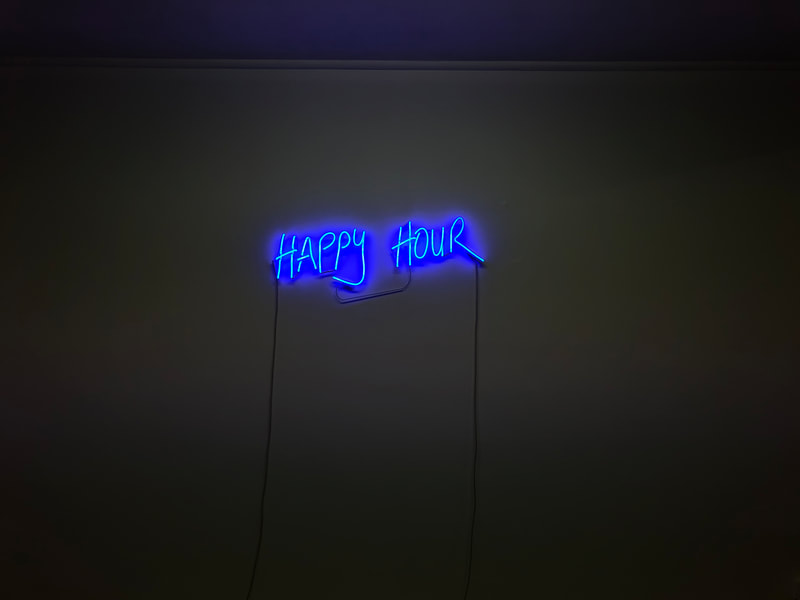 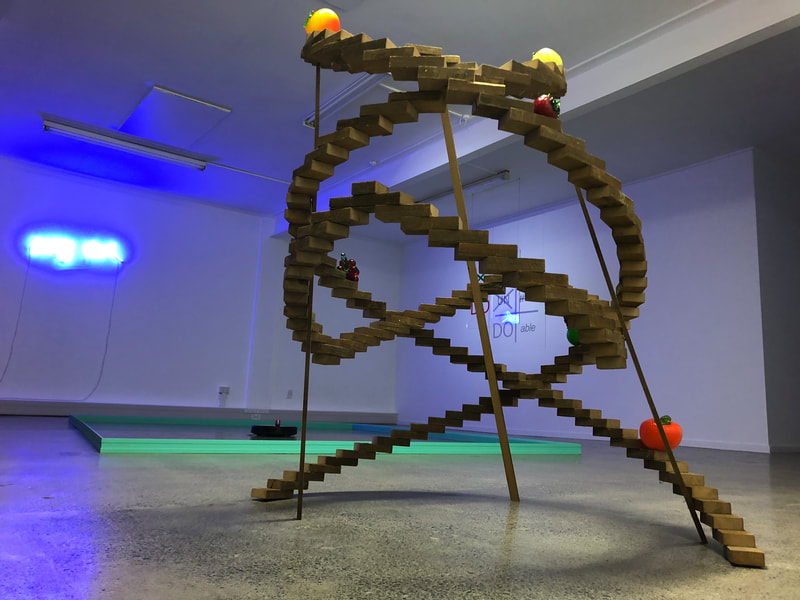 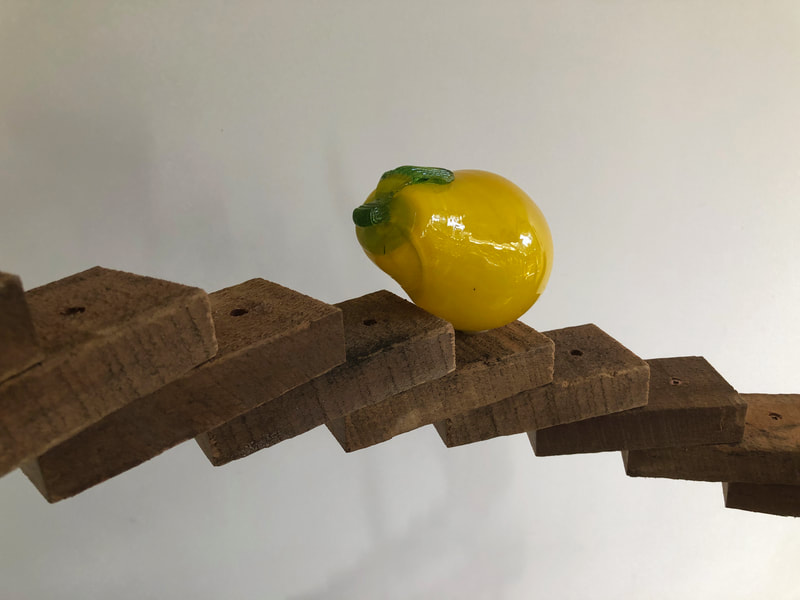 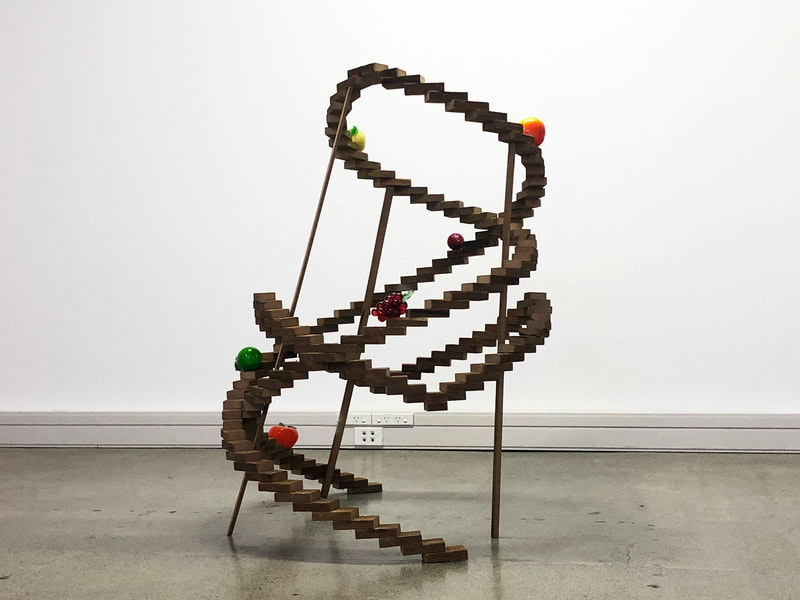 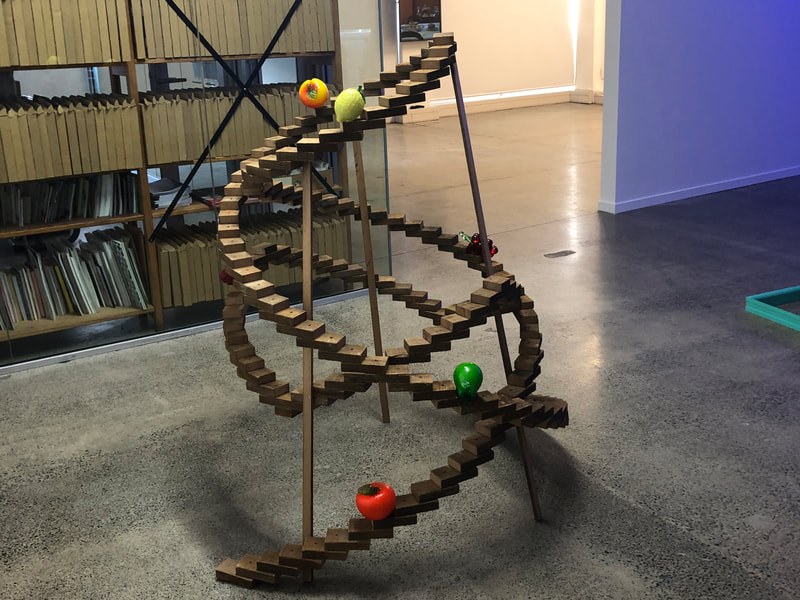 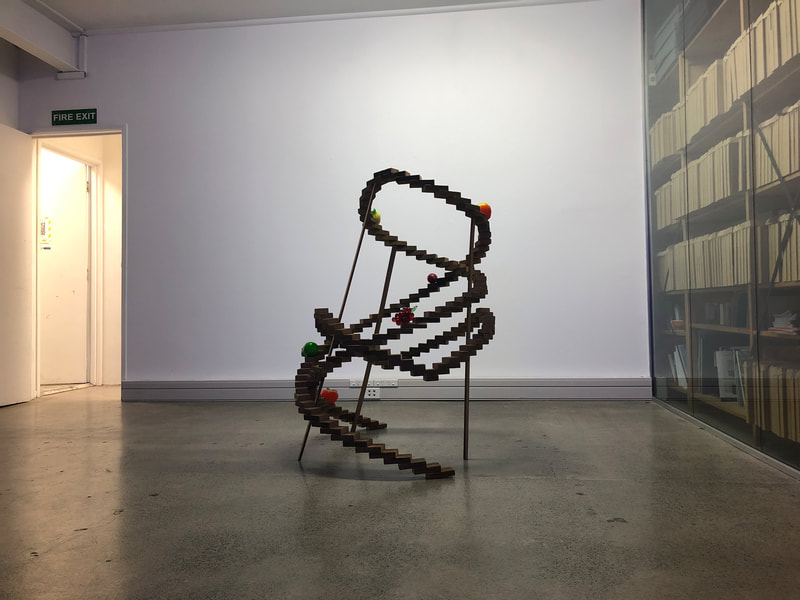 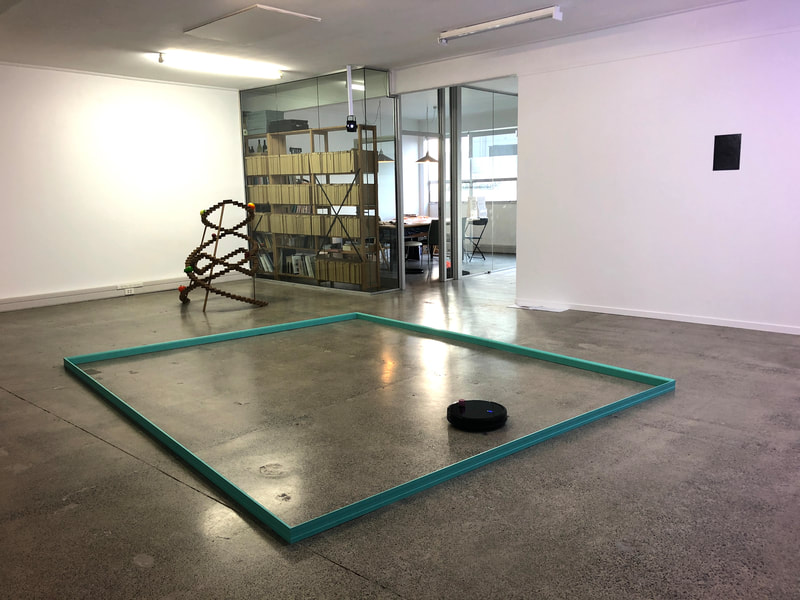 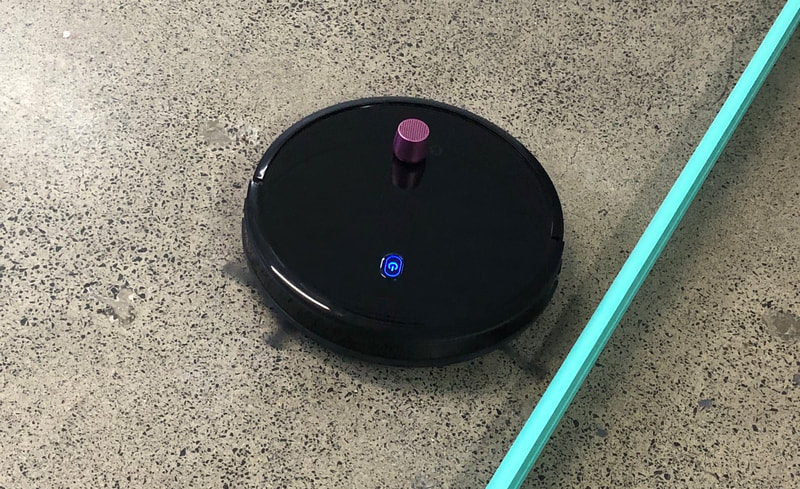 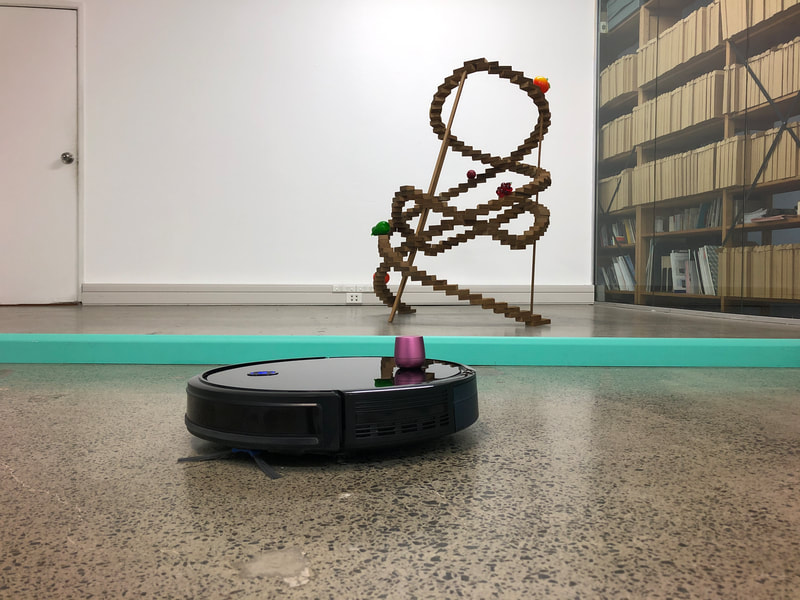 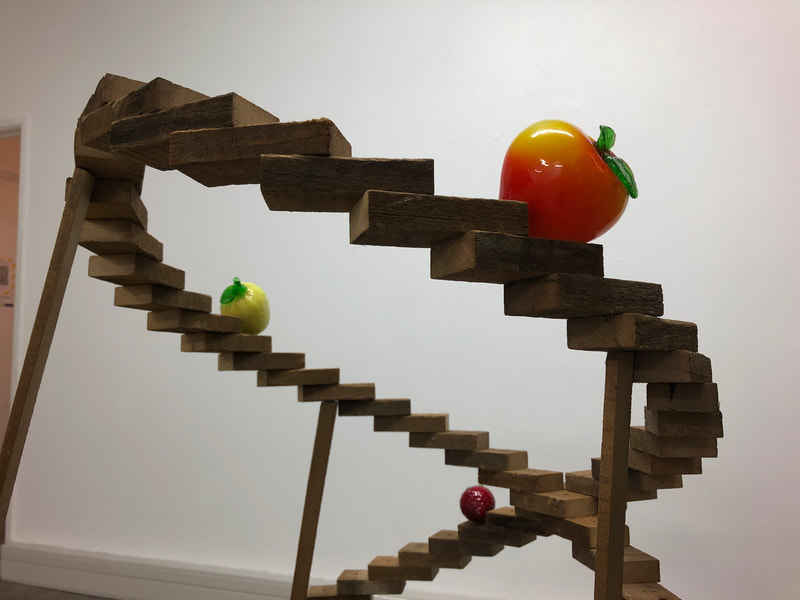 On a Clear Day
perspex, wire, vinyl and shadow drawing, 800mm x 800mm.
In the 1990s, the Overton Window of Political Possibility was touted by US right-wing think tanks as a neutral way to frame the acceptable range of political discourse and action. While feigning disinterest in manipulation of public opinion, they promoted "shifting the window" so that extreme ideas, such as Neo-liberalism might become palatable through appearing in informed discussion, thereby gaining political centrality. What if, instead of a cynical attempt to alter consensus, "shifting the window" was put to use by those seeking a more emancipatory future? Speaking up in ‘mixed company’ about such topics as taxing robots and work less futures might expand political imagination and recalibrate the centre view.

Glide Time
robotic vacuum cleaner, blue-tooth speaker, skirting board, recording of ‘Good Old Desk’ by Harry Nilsson.
My old desk does an arabesque,
In the morning when I first arrive
It's a pleasure to see, it's waiting there for me
To keep my hopes alive

A symbol of robotification at its simplest, the vacuum cleaner promises a saving of labour and release into ‘free’ time. The jaunty, somewhat anodyne song, that spins along with the robot was used in the early 1980s as the soundtrack for Gliding On, a New Zealand sit-com set in a ‘job for life’ government department. In an age before Rogernomics, working hours and conditions were in stark contrast to those of today.
Just as no form of mechanical cleaner has truly liberated women from domestic duties it’s not the robot that threatens the future but the political system that surrounds how they are put to use.

​Happy Hour
Neon, electrical wiring, transformer
Affectionately known as Happy Hour, the mood shifting ritual of half price drinks marks the transition between work and home. A relic of 9-5 syncronised and uniform working hours, it sits on the verge of irrelevance.

No More the Fruit
Salavaged wood, glass fruit.
Reaping the fruit of one’s labour is an expression used to describe the rewards of work, now hijacked by a self-justifying belief system of individual merit coupled to a good work ethic. Here, 1950s glass fruit (frequently proudly displayed in suburban households) sits precariously perched on an infinity staircase, with echoes of Vladamir Tatlin's Monument to the Third International.

Driving Seat
Sunpearl Progresso pencil frottage of an early circuit board, 120gsm paper, Mecanorma dry transfer letters BL21.
Circuit boards heralded the onset of electronic technology and are used in everything from electric egg beaters to the mother boards of advanced robotics. Neutral connectors and supporters of technology, it is the political driver that determines function in any society.